Yet another intervention into Canada's housing market by the federal government! Early last month, the Canada Border Services Agency (CBSA) imposed an interim tariff ranging from 125% to 275% on U.S. drywall imports crossing into Canada west of Manitoba. Then, on Monday this week, the government acted again, tightening mortgage insurance ‘stress tests'.

While many welcome tighten the mortgage rules as overdue ‘adult supervision' of a hot housing market, the two moves by two different federal departments could have the side effect of impacting negatively on the residential construction and renovation industries. Why? Because in Canada, home is not only ‘where the heart is'; it's the number one investment for most Canadian families.

If made permanent, the new tariffs on U.S. drywall will result in higher costs for homeowners

First, the imposition of new drywall tariffs will make new housing and renovations in Western Canada more expensive. Drywall is one item that almost every single new-build or renovation uses in quantity. The tariff is the result of CertainTeed Gypsum Canada's claim that American manufacturers of gypsum board have been ‘dumping' product into Western Canada, impacting the viability of CertainTeed's Western Canadian manufacturing facility. The CBSA agreed and imposed interim tariffs on drywall imports from six U.S. manufacturers, including CertainTeed's own sister company in Pennsylvania. Almost immediately, prices of drywall shot up. This in turn had an immediate impact on contractors and installers already under contract, with many seeing anticipated profits evaporate before their eyes. Over the longer term, if this tariff is upheld after public hearings in early December, the burden of the tariff will be borne by homeowners through higher prices, not only now but going forward.

Cooling a hot market and what it means for the contracting industry New, tougher mortgage insurance stress tests are designed to impact buyers placing less than a 20% down payment on new home purchases. (In fact, the Globe & Mail suggests that some lenders are even insuring mortgages when the down payment is more than than 20%.) A tougher stress test will assess the borrower's ability to cover their new mortgage if rates happen to suddenly spike. It would have the same effect as higher mortgage rates without actually raising mortgage rates.

Here's the blow-back for contractors, in nutshell. The impact of higher drywall costs is obvious. As far as lending rules go, the government and many housing observers argue that it is in Canada's best interest to discourage home buyers from purchasing homes that they will not be able to afford in a rising interest rate environment. This will doubtlessly stall some first time buyers from achieving what has become a national dream; owning one's own home. Furthermore, home equity values are the under-pinning of the low cost variable rate home equity loans or second mortgages which fund many residential renovations. Putting the brakes on that form of lending, even indirectly, may slow down renovation work.

The double-whammy of new tariffs on imported drywall, and rules that may restrict borrowing for home purchases or renovations, potentially impacts the continued growth of a vibrant economic driver across the country. One could suggest that contractors in Canada be on the alert for even more slowdowns in new housing starts in their area, as well as possible slowdowns in renovations of existing homes.

SIGNUP FOR THE E-NEWSLETTER - View Past e-News Issues 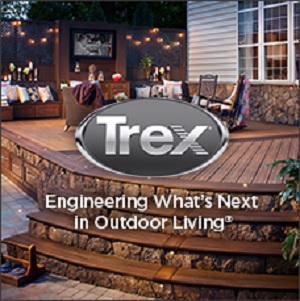 True professionals know the best work starts with the best materials. Because you’re not just building a deck. You’re building your business.

Top Trends to Transform an Outdoor Space into a Sanctuary In these uncertain times with air travel on lockdown during COVID-19 and...

COVID-19 Safety Protocols to Keep your Crew Safe Are you confused about how to stay safe while continuing to build during the COVID-19...

Power up with these cordless tools  As a contractor, you know that power tools are essential to getting almost any job done. Innovation...